How GMC Prep Has Impacted Me 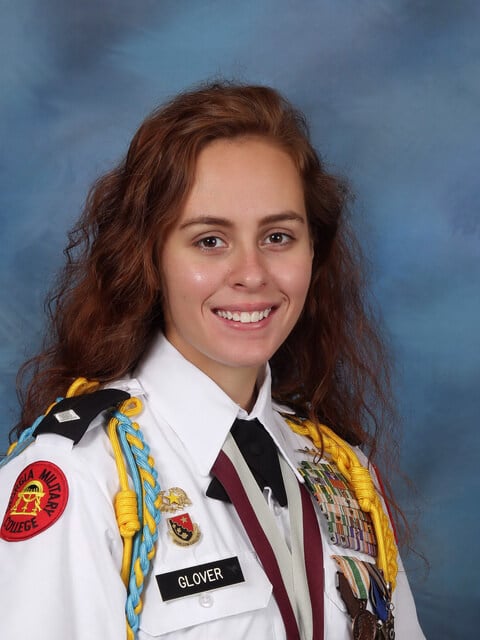 If someone had told me when I was young that going to a military school would be one of the best decisions I would ever make, I would not have believed them. Yet, here I am, beyond thankful for the opportunity I had to begin at GMC in sixth grade and to now graduate from this institution. GMC has truly changed my life for the better, and I cannot even begin to picture what my life would be like if I had never made the choice to go here.

I started my time at GMC as a socially awkward, overweight, weird kid. I had almost no self-esteem, and was plagued by the thought that no one around me liked me. I knew nothing about what makes a leader, yet alone how I could be a leader. Throughout my time here, I began to change into a completely different person. Throughout middle school, I had many opportunities to improve my leadership capabilities. Namely, being selected as the Third Battalion Command Sergeant Major. This position helped me to gain confidence in myself, and realize that others saw potential in me to be more than just the kid with poor self-esteem that I saw myself as.

Another opportunity GMC has given me is to be a part of a true honors program. In middle school, I joined the Honors English and Honors Math program. I remember always feeling bored in elementary school, as my school had no honors options or advanced classes. GMC gave me a chance to challenge myself academically. Not only did I grow as a person, I grew academically.

While I did change a lot in middle school, the majority of my growth at GMC occurred in high school. My time in JROTC has been instrumental in my growth as a person, and as a leader. The majority of this growth happened during my junior year. My junior year was the first year that I had been out of Band Company, and had an important role within the battalion. I was serving as the assistant S-3, and finally had the responsibilities that I had grown to crave. The second week of school, I made the decision to join the Raider Team. I figured since I was no longer in marching band, I had nothing to lose and gave it a shot. This changed my life. First came the physical changes. I began losing weight and gaining muscle mass; my fitness improved ten-fold. Not only did I begin to change physically, I grew more confident. I learned how to lead a team. I learned just how much I was capable of achieving with hard work. This moment was pivotal in becoming who I am now. From this point onward, I carried myself with confidence. I no longer pictured myself as the weird kid I was in middle school, but as a leader. I set my sights on earning a spot in the G22 Battalion Leadership, and began working towards it. I kept my uniform looking sharp, I volunteered every chance I got to take on a leadership role, and I aced the cadet challenge when I took it. When the time rolled around for promotion boards, I studied until I knew the required information forwards and backwards. That May, my hard work paid off and I found out I had been selected as the new Battalion Executive Officer.

I continued my growth by taking numerous Dual Enrollment and AP classes while in high school. They were by no means easy. I spent many late nights studying for AP Biology tests, cramming for math quizzes, and writing more essays than I can count. GMC has given me the opportunity to truly challenge myself academically. While it has been challenging and at times stressful, I would not trade the opportunity I have had academically for anything.

Now that I am a Senior, I look back at my time at GMC and feel so lucky and blessed to have been able to go to such an excellent school. I do not know of any other place where a young person can receive the quality of character education and academic rigor that is offered here. I know that this school has changed me for the better, and without it, I would not be the person that I am today.