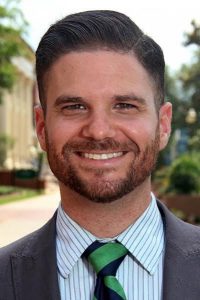 Will Brown, a GMC 7-year club member and a graduate of GMC Prep Class of 2005, went on to pursue his college career at Georgia Institute of Technology. During his four years at Georgia Tech, he was a member of the Georgia Tech Marching Band each football season and Pep Band each basketball season. In his senior year, he was chosen to serve as one of four drum majors for the Marching Band.

While completing his Bachelor’s Degree in Management, Will was involved on campus as a student tour guide and as an ambassador for a program called Connect with Tech. This visitation program is for high school seniors around the country interested in learning more about the school, and as a tour guide, Will would host the student for an overnight experience. Will invited participating students to shadow him through classes, eat in the dining halls, and attend social events. Initially the ambassadors are matched with prospective students upon their arrival to campus, and then the following day ambassadors meet with family members of those prospective students for further questions. After hosting students for several years and graduating from Georgia Tech, Will began to work in Georgia Tech’s Office of Undergraduate Admission. He was employed there for a little less than two years before eventually accepting an Atlanta-based recruitment position with Georgia College and State University. Will currently works in their Office of Admissions and now serves as Senior Associate Director of Admissions. As a member of the freshman recruitment team, he travels to high schools and college fairs in the Atlanta area as well as various states outside of Georgia, meeting with prospective students, their families, and high school counselors. He also supervises Georgia College’s freshman recruitment efforts both on and off campus to bring in the new student class each year.

“A lot of people who work in college admissions joke that none of us went to college initially to one day work in admissions or recruiting. Some of us worked in an admissions office as an undergraduate student, and we all like meeting new people on a weekly basis. I love the travel and networking aspect of it. When working with high school students who are excited to attend a university and pursue their education, it doesn’t take much to get out of bed and go to work every day.”

Colonel John Alton was one of Will’s favorite teachers while at GMC, and he had a huge impact on Will’s life. Will followed COL Alton’s advice by applying for leadership positions early on in his junior year of high school, and later he had the opportunity to serve as Battalion Commander during his senior year. After wearing a uniform for seven years at GMC, Will admits to having a habit of checking his gig-line while wearing suits most days while working. “People’s first reaction when they hear I went to a military school is to ask if I got in trouble a lot growing up. I explain to them that it was a choice to attend GMC and a decision I’m really happy I made. Many of the programs at GMC provided me with discipline and structure. When I got to Georgia Tech and experienced all the freedom of a college environment, I realized I missed the schedule and system I had at GMC. I thrive in a more structured environment so I had to learn to provide for myself what GMC provided for me and create more of a routine for myself.” 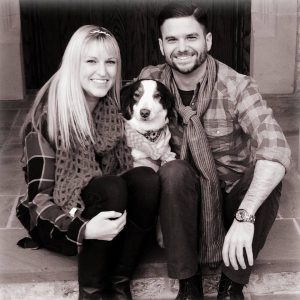 As a 7-year club member at GMC, Will enjoyed many extracurricular activities in school including music, tennis, baseball, theatre, French Honor Society, and National Honor Society. He served as the MC his sophomore year for the high school’s annual Battalion Ball and was also chosen to be a member of Youth Leadership Baldwin, the Hugh O’Brian Youth Leadership (HOBY), and the Governor’s Honors Program. He laughed as he described playing Santa Claus for a 7th grade Christmas play, probably the first and last Jewish student to do so. Two of his favorite teachers at GMC were Kim Leben and Ann Bertoli. Reflecting on his teachers and what they may recall of him, he believes they remember him as being inquisitive, with hopes that they forgave him for his many questions on how to work math problems in different ways. Major Les Steele and Major Harbor had a positive influence on his musical life, encouraging him to learn and study numerous instruments. Since moving to Atlanta for college, Will has been involved in the music scene as a performer, working in recording studios, and also artist marketing and management. In 2010, he began teaching private drum lessons with a local music school. His students range from elementary schoolers to high schoolers, and even a few adult students. Will’s advice for incoming sixth graders at GMC: “Keep an open mind and immerse yourself in opportunities both academically and socially. One of the benefits to being at a smaller middle school and high school, as compared to most, is the plethora of opportunities to get involved in and be fully engaged with faculty and staff at the school. For me, the academic foundation I received at GMC is why I succeeded at Georgia Tech. I was able to be successful because of the smaller classes at GMC where I knew the teachers so well that it provided me the best foundation for college.” GMC students may find Will on occasion in the downtown area enjoying a meal at The Brick, his favorite stop while in Milledgeville.

Will now resides in the Inman Park neighborhood of Atlanta with his wife Chiara and their dog Suzie. He will be graduating with his Master’s Degree in Public Administration from Georgia College in August.