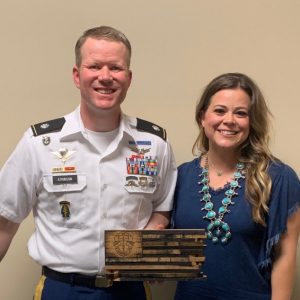 LTC Peter Atkinson (JC 2002) shared with us about his extensive military career and recent promotions since graduating from Georgia Military College. His accomplishments speak for themselves about how the GMC Corps of Cadets can ignite a passion for military leadership.

As you reflect on your time at GMC, how were you equipped to excel in higher education and in your military career?

GMC prepared me for a career as an Army Officer by teaching me not to take education for granted. I was fortunate to earn an Army ROTC scholarship, so doing my best academically was my way of showing gratitude. GMC set the conditions for me to succeed at Florida Atlantic University, the Command and General Staff College, the University of Kansas, and the Joint Forces Staff College.

GMC also re-enforced the mantra that hard work pays off. While you may not be the most tactically or technically proficient officer in the room, you can always choose to be the hardest working. Taking challenges head on, and never shying away from hard work, prepared me to serve as an Infantry Officer, a Special Forces Officer, and, now, a Space Operations Officer. 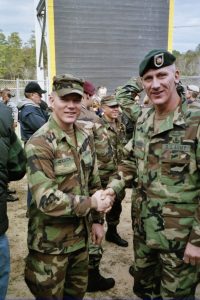 Was there a teacher who impacted you in a profound way while a student at GMC?

The late MAJ David Braddock, GMC Assistant Professor of Military Science, was the officer I aspired to become. He served as a mentor while I was a student and for many years thereafter. He read the oath of office to commission me as a second lieutenant in the Infantry and pinned on my Ranger Tab a few years later. One of the most memorable moments in my career was calling MAJ Braddock to let him know I passed Special Forces Assessment and Selection, and, upon graduating from the Qualification Course, I would be assigned to the 5th Special Forces Group (Airborne). By no coincidence, MAJ Braddock served with 5th Special Forces Group (Airborne) prior to teaching at Georgia Military College.

What are some of your most special memories from GMC?

I enjoyed going to the lake and eating 5-cent wings at The Brick for wing night. I miss the early morning PT at 0430, my GMC Ranger Challenge teammates, and calling out “late light” for a few extra hours of study time before bed.

I was at the GMC Bookstore the morning of 9/11. While in line purchasing a few items, a radio broadcast announced a plane crashed into the World Trade Center. I raced to a television to watch the tragic events in New York, Washington DC, and Pennsylvania unfold. The 9/11 attacks shaped my entire military career and the nation as a whole. Seeing America’s steadfast resolve in the face of adversity made me proud to be an American. 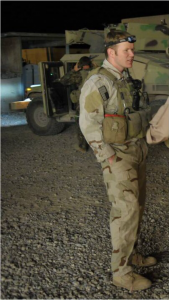 What advice would you give a new member of the Corps of Cadets?

Do not let your experience outpace your education. As you gain experience, ensure to compliment it with requisite training, professional certifications, and/or advanced degrees. The military provides service members with an abundance of experience; however, education is less intuitive. Take advantage of the opportunities available and strive to be a lifelong student.

Please share a bit about your educational journey after graduating from GMC.

I earned my Associate of Arts in General Studies from GMC and then went on to earn a Bachelor of Arts in History with a Certificate in Ethnic Studies from Florida Atlantic University. I also then received a Master of Arts in Global and International Studies from the University of Kansas. I am a graduate of the United States Army Command and General Staff College and the Joint Forces Staff College. I have completed the Joint Special Operations University’s Faculty Development Course, Harvard Manage Mentor Program, and is a Certified Higher Education Professional with a concentration in teaching. 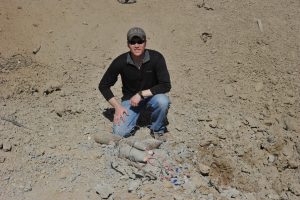 How did you begin your military career?

After being commissioned as an Infantry Officer from GMC in 2002, I began my military career in the Florida Army National Guard serving as a Platoon Leader with the 1st Battalion, 124th Infantry Regiment. Upon transitioning to active duty, I was assigned to 4th Brigade, 10th Mountain Division where I served as a Rifle Platoon Leader, Scout Platoon Leader, and Operations Officer. 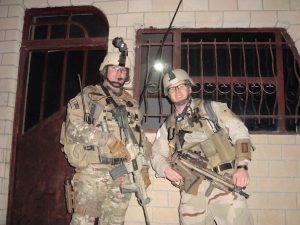 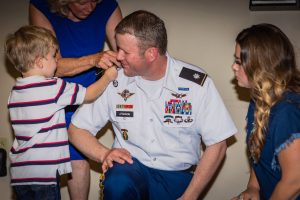 What is your current position in the military now and where are you serving?

What are some of your training highlights, awards, and decorations? 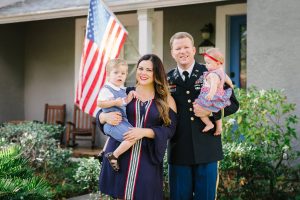 LTC Atkinson and his wife, Dallas, have two children, David and Augustine.