GMC Service Award: This is given to GMC alumni or friends who have rendered special service to the school and their community through demonstrated involvement in campus and community organizations and activities. This is the highest recognition given for outstanding service and volunteerism. 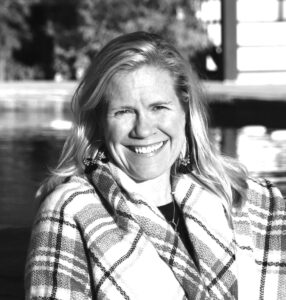 Barb Rion has been a dedicated parent and supporter of Georgia Military College since her sons, Tyler (Prep 2018) and Matthew (Prep 2022), began their journey at GMC Preparatory School. She is very passionate about GMC and what the school has offered to her sons, as well as all it does for the community at large. Barb has served as a proud ambassador of all the amazing opportunities that GMC offers not only on the Main Campus, but also at GMC’s regional campuses throughout the state. While her sons were GMC Prep School students, Barb was an active member of the various parent groups that supported the cross country, soccer, and raiders teams.

Furthermore, Barb also served on the GMC Prep Bulldog Club Executive Committee and gave of her time and talent as the Annual BBQ chair. In addition, Barb served as the Bulldog Club’s President/Vice President for the last few years up until this current school year. Barb is also a member of the Georgia Military College Foundation Board of Trustees, where she served in the capacity of Development Chair and Capital Campaign Co-Chair for GMC’s largest fundraising campaign in the history of the school, Be The One: The Campaign for Georgia Military College. Barb is currently serving as Vice Chair of the GMC Foundation Board.

Barb began her professional career in finance after graduating from Miami University (Ohio) in 1994. She worked for Abbott Laboratories in Chicago and then in Columbus, Ohio, but after she married her husband, Dr. Seth Rion, they moved to Georgia, where she stepped into Telecommunications working for Sprint and then BellSouth.  Barb then took a job working remotely for Qwest Communications, a company based out of Colorado, which is now called Lumen Technologies.  For the last twelve years, Barb has served in a sales role as an account director with most of her concentration in wholesale voice services.

Barb is a past member of the Milledgeville Civic Women’s Club and she has served on the Oconee Regional Hospital Foundation as Vice Chairman. She is an active board member and current treasurer of the Atrium Navicent Health Baldwin Auxiliary, and serves as the Council Chair for her church, Milledgeville First United Methodist.

Barb has given so much to Georgia Military College Preparatory School because she loves how the school fosters a commitment to servant leadership and character, not only through the curriculum and educational activities, but also through GMC’s fine arts and athletics programs. Although her sons are now grown and in college, Barb remains a steadfast friend of Georgia Military College. Her commitment and service to GMC has certainly made this institution a better place.