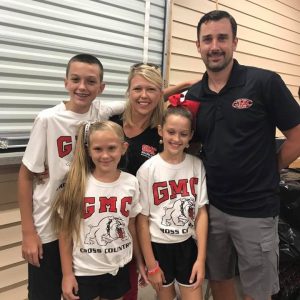 Dr. John Wood, Prep class of 1996, grew up in Wilkinson County and joined the GMC family as a 10th grader. Hard work and a love of science led him to where he is today. He is the Chairman and Director of Emergency Medicine at Navicent Health and is this year’s recipient of the ApolloMD Medical Director of the Year award.

“My first day at GMC as a 10th grader, I walked in with no knowledge of the school’s expectations, no friends, and with a bit of an attitude depending on who you ask. It was a strict environment and being bossed around by other students was an adjustment,” Dr. Wood shared. Living 25 minutes away in Ivey, Georgia while also working after school kept him from some of the extracurricular activities. Due to his schedule, he wasn’t able to develop those deep relationships with his fellow classmates through after school programs.

Teachers who know Dr. John Wood would remember him according to his own words, as “cocky, skinny, really confident, always knew what I was going to do, that I would be successful, and I wasn’t shy about that.” 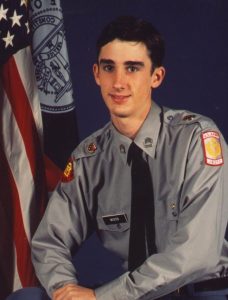 Dr. Wood’s favorite teacher was his senior English teacher, Nancy Kennedy. “She is an absolutely amazing woman, love her still. I hated English, but she was a great teacher and a great person. For someone to take a student who does not like their subject and get them interested in the class, that shows she was great at her job,” mentioned Dr. Wood.

Colonel John Alton, the ROTC instructor at the time, was another one of his favorite teachers who he described as “a great guy, he taught us about life, being responsible, things we couldn’t learn from a book, life lessons that benefited us from a young age.” His English teacher in 11th grade was Shannon Davis. That year was her first year teaching at GMC, and she is now still a teacher at GMC, currently teaching 9th and 11th grade English classes. At his son’s 9th grade orientation at GMC, he asked Davis to teach another nine years so “she could start her career with a Wood and end with a Wood,” referring to his three children, who currently have followed in their father’s footsteps and attend GMC.

When asked what advice he would give new students at GMC, Dr. Wood said, “take advantage of all the really cool activities the school has to offer, the One Act play, sports, wrestling, field trips, various clubs. These are events that they will talk and joke about with their lifelong friends, memories they’ll cherish forever. And don’t complain about the uniform, it’s nice to know what you’re wearing every day!” 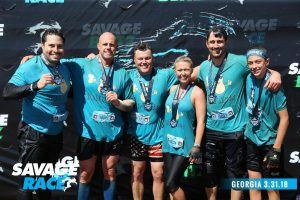 Upon graduating from GMC in 1996, he went across town to complete his undergraduate degree in Biology and Chemistry from Georgia College and State University.  While there, he worked as a dispatcher at the Gordon Police Department, working night shifts in between classes. Even though his wife lived only a few miles away, he would not meet her until the night his parents threw him a party to celebrate his acceptance into medical school at The Medical College of Georgia in Augusta. Their first date was the following day and a year and a half later, they were married. This year will be their 18th wedding anniversary.

His wife, Mandi, completed her degree in Finance from Augusta State University while Dr. Wood attended medical school. After graduating from medical school, the Woods moved to Columbia, South Carolina for Dr. Wood to complete his residency at Palmetto Health. He thought he would go into pediatrics initially, but after experiencing the chaos of an emergency medicine rotation and seeing the calm demeanor of the doctor training him, he knew he had found the department to which he wanted to devote his life. 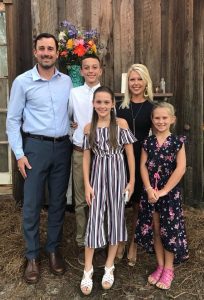 After his residency, Dr. Wood alongside his wife imagined a future in Columbia, South Carolina, where their firstborn son was born on his 7th day of residency. However, a college friend shared with him a position opening in Macon, Georgia close to both of their families and they jumped at the opportunity. 11 years later, the Wood family still calls the middle Georgia area home. After a brief battle with testicular cancer in 2013, he joked, “I got to play video games for a month, it was pretty awesome!” This year he can officially say he is a cancer survivor and, “now when I treat patients with cancer, I can relate to their stories and share my own. It’s paid in dividends with the patients I work with daily.”

In addition to daily saving and helping patients, Dr. Wood has served as a Scout Master for the Boy Scouts for 8 years. Mandi serves in the role of secretary for the GMC Bulldog Club, and is also very active within the GMC community. After meeting Major Van Dine at the GMC BBQ, Mandi set up a meeting for him to become a volunteer with the Raiders team at GMC, because they both enjoy obstacle mud runs. Helping with Raiders was a natural fit! Dr. Wood attends their meets, coaches the students, and serves as an on call doctor for the team as well! After work, you can usually find him at a GMC sporting event and sometimes helping out with concessions.  He even helped grill the 7,625 chicken halves for this year’s BBQ fundraiser. Dr. Wood also sits on the board for Georgia College Emergency Physicians, where he meets with state representatives about issues in emergency medicine. Disney trips, family gatherings, races, and attending live music concerts fill up the Wood family calendar as well.