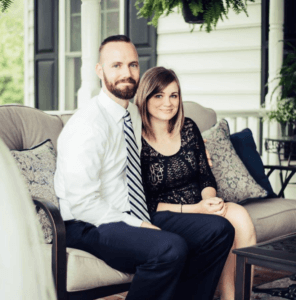 Chris Anderson moved to Milledgeville from Forsyth County after his mother, Cynthia Anderson, accepted a position at GMC as their college Biology and Anatomy professor. After Cynthia’s first year teaching at the junior college, Chris began his 9th grade year moving from North Atlanta to Milledgeville with its historical heritage and hundred year old trees decorating the downtown landscapes. Over the next several years Chris would spend countless hours skate boarding around the town he now calls home as an adult, after spending years away completing his Doctorate of Physical Therapy Education.

Coming from a public school environment into the JROTC program at GMC was a culture shock for Chris. When he started at GMC the campus was still becoming what it is today with lots of campus construction. Chris credits his GMC education for teaching him professionalism, initiative, and accountability. Colonel John Alton and Major Aubrey Alling Jones were some of Chris’ favorite teachers, although all of his teachers prepared him for his future as a physical therapist.

A soccer player and golfer, Chris shared his advice for new incoming students, “Stay under the radar, make good grades, don’t bring attention to yourself, and enjoy all the campus freedom. I look back and appreciate the education I received at GMC, but I do not miss drill or formation!” 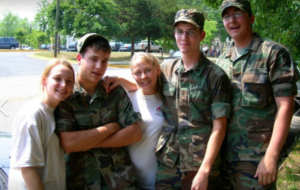 After graduating in 2007, Chris attended Georgia College and State University with the intentions to become a pharmacist, but in his sophomore year he changed majors from Chemistry to Exercise Science with the aspiration of becoming a physical therapist.

While at GCSU, Chris tutored GMC students in Math and Anatomy Mrs. Marilu Couch and from 2010 to 2013 while his then girlfriend, Tricia, tutored English students.

After graduating from GCSU in 2011 with his new bride and fellow GCSU alum, Tricia, alongside him Chris headed to Norfolk, Virginia to attend physical therapy school at Old Dominion University. While completing his Doctorate, Chris was able to work with Veterans at the Hampton VA hospital in an area that has an enormous military presence. Upon graduating from Old Dominion University, Chris and Tricia moved to the Atlanta area and Chris began working for Emory in an outpatient physical therapy clinic. 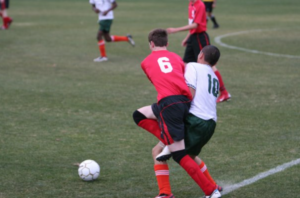 Chris and Tricia had a desire to move back to Milledgeville one day for the small town feel and the opportunity to help out their local community. Currently working at Navicent Health Baldwin in their outpatient clinic, Chris works with a variety of patients from athletes to babies, stroke victims, amputees, and post-surgical patients. This allows Chris a diverse client base to work with one-on-one. Chris has a special interest in the rehabilitation of shoulders and athletic injuries as well.

Chris and Tricia have been married for eight years and are parents to two girls, aged two and ten weeks. He enjoys cooking, running, weight lifting, spending time with his family, and continues to skateboard.