Community Service Award. This is given to the GMC alumnus who has demonstrated exemplary community service through long-term volunteering, having an impact on the quality of life for others, providing leadership and creativity in dealing with societal problems and serving as an inspiration to others. 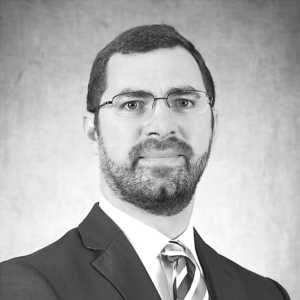 Jonathan Pope is the perfect example of who GMC inspires its students to be – a servant-leader who goes out into his community to make a true impact in the lives of others. Since graduating from GMC Junior College in 2002, Jonathan has devoted himself to the Milledgeville community. He has been involved in numerous community organizations, working to enrich others’ lives through his banking career and volunteering efforts. Now a father of two children, Sydney (age 9) and Jack (age 7), Jonathan is a proud GMC Preparatory School parent. GMC has played a part in the Pope family for almost a century. Jonathan’s children are the 9th generation of Popes to attend Georgia Military College!

After graduating from Georgia Military College with an Associate of Applied Science degree in General Studies in 2002, Jonathan went on to obtain a Bachelor of Business Administration degree from Georgia College and State University in 2007. As a fourth-generation local banker, Jonathan currently serves as a Vice President with Exchange Bank in Milledgeville and has worked there for over 20 years. He is a 2014 graduate of the Georgia Banking School with UGA, and a 2021 graduate of the LSU School of Banking. Jonathan is also a 2011 Leadership Baldwin graduate. He is a Community Bankers Association Leadership Board member and Division Chair. Jonathan was selected in 2022 as one of Milledgeville’s 20 Under 40 Outstanding Community Professionals.

Jonathan is passionate about investing in his local community. He is a long-time member of the Milledgeville Exchange Club and served as president from 2011-2012. Jonathan is a current board member for the School of Business at Georgia College and State University and served on the 175th Anniversary Fundraising Committee for St. Stephen’s Episcopal Church. He is also a member of the Baldwin County Sheriff’s Posse and serves as an ambassador for the Milledgeville/Baldwin Chamber of Commerce.

Jonathan is an active volunteer soccer coach for both the GMC Prep School teams and the local Old Capital Soccer League. Jonathan also volunteers with the GMC Booster Club to support GMC athletics.

Jonathan’s work though local organizations and in the banking community has helped to promote Milledgeville as a thriving community and a great place to live. Recently, Jonathan helped his wife, Katherine Pope, who works at GMC, to partner with Exchange Bank to create the first GMC – Exchange Bank Cohort. This new program helps bank employees further their education via GMC.

Jonathan Pope’s dedication to service and volunteerism has made him a true community leader. His investment in the Milledgeville and Georgia Military College community will ensure this community thrives and grows for years to come.