GMC Prep School Class of 2007 Alumna Ashley Moore has taken every experience in her life and used them to make the world around her a better place. Ashley is a multifaceted and driven young professional, to say the least – a cardiac clinical specialist, nonprofit domestic violence volunteer, and a model representing women of color. This seven-year club member of GMC Prep resides in the Las Vegas, Nevada area and has a powerful story of overcoming a painful past and making the most of her interests and passions. 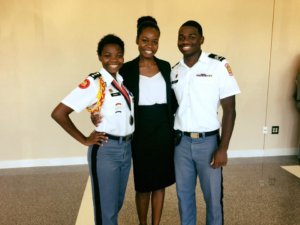 Upon graduating from GMC in 2007, Ashley moved to Atlanta to attend Georgia State University with dreams of medical school but switched to broadcast journalism because of her love for writing and being in front of the camera. While at Georgia State, Ashley worked in Georgia State’s Fundraising Department as a Student Caller. Her job was to call alumni and encourage them to support the university financially, which prepared her for a future career in sales.

A few years later, Ashley then hit the ground running in her career as a recent college graduate with two internships under her belt. She worked in various roles in the marketing department of a local Atlanta business that sold extended warranties. After two years and three promotions at her first place of employment, she was approached by the largest consulting firm for university fundraising, Ruffalo Noel Levitz (RNL), to travel the nation and teach people how to raise money over the phone. This was the same company that Georgia State hired to manage their fundraising, and they were familiar with her undergraduate success of raising money. For the next three years Ashley traveled working alongside many students and university staff members from around the country, managing fundraising campaigns with fundraising goals totaling $300K and more in just a few short weeks. Ashley received two awards during her three years with RNL, including 2 ‘LEAD’ Awards recognizing the top 10% of managers in the company. In total, Ashley managed close to $10 million in three years for various colleges and universities. While on the road for work, Ashley decided to add to her busy schedule by adding a MBA from The University of West Georgia. Ashley graduated with her degree in only 15 months. 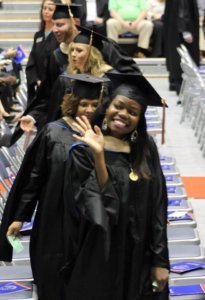 Ashley understood the importance networking throughout her traveling career for Ruffalo, and she held the voluntary position of Director of Marketing for the nation’s largest non-profit, sales-professional organization known as National Sales Network. At that time, Atlanta had the largest chapter with over 400 members. After two years in NSN’s marketing leadership role, she was approached by Medtronic, the world’s leading biomedical technology company and she was recruited to be a part of a brand-new team known as the Inside Sales Team for their Minimally Invasive Therapy Group (MITG) division.

“Talk about divine intervention! God knew I wanted to be a plastic surgeon growing up, which is why I was pre-med at Georgia State. My heart has always been in medicine and science. I decided to go work for Medtronic, selling gastroenterology devices assisting with the diagnosis of Crohn’s disease, irritable bowel syndrome, ulcerative colitis and such. I learned so much about these clinical states. After a year and a half, they approached me regarding a promotion to the largest division, Cardiovascular Group, because of my passion for sales, science and technology. The choice was mine: I could have taken the position in Atlanta or Las Vegas. Not knowing what I was saying yes to at all, I accepted the promotion in Las Vegas because I felt I was being called to that area for something even bigger than Medtronic,” noted Ashley.

While working and building her impressive career, Ashley was coping with a tragic event that had taken place in 2001. On January 29, 2001 Ashley lost her mother, Sheila Easley, to domestic violence. Her mother was a devoted employee of Georgia Military College. “GMC did such a great job providing a memorial service for my mother and they made sure my brother and sister were taken care of. I’m so appreciative of everything the school did for my siblings and me during that time. They rallied around me when I lost my mom and that always stands out in my mind when I think about GMC,” shared Ashley.

Upon moving to Las Vegas, Ashley discovered people are dying in the area at a faster rate than in other parts of the country due to domestic violence. Nevada ranks in the top five states in America for homicidal domestic violence. “I quickly partnered with Safe Nest, Nevada’s largest domestic violence advocacy program. They provide support by providing resources such as shelter services and mental and physical preparation for survivors. I wanted to be a domestic violence advocate, so I went through the required training and now I’m officially a Nevada certified advocate. So while my career has me here, I’m also using my personal experience to spread awareness and increase education on these issues in our state,” noted Ashley.

In college, Ashley modeled part-time and now that she is living in Las Vegas, she has seen a whole market for minority modeling. She walked in New York Fashion Week last December, some of her pictures have been featured in Vogue Italia, and she’s currently in the Maxim competition for a coveted spot on the cover. When describing her perspective in modeling, she said, “It’s about art and seeing it from someone else’s vantage point – the ability to represent those emotions, whether displaying pain or joy in a photoshoot. Storytelling modeling is the type of modeling I really am passionate about. It’s more than just being on a cover, which I am humbled and thankful by, but there’s so much art in the world of modeling.” 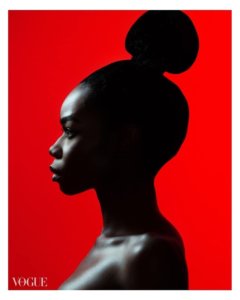 Ashley also authored a book, The Natural Hair Bible, when Ashley saw a need for women of color to learn how to wear their hair naturally without harsh chemicals. She takes a historical look into the progression of natural hair in American culture and compiled resources in the book to give melanated naturals the confidence to have the best hair of their lives. “My bond with my mother was so strong because every Sunday she did my hair. Parents can use hair to drive bonding with their children, especially in the black community where our hair can be perceived as troublesome.” The Natural Hair Bible has been purchased in Australia, the UK, Africa, the United States, and she’s currently working on publishing in Asia. Ashley’s brand, Lifestyle of Moore, with the tagline “Moore food, Moore travel, and Moore life” features her travels and perspectives on life. Recently she went from writing on her blog to posting videos on YouTube and publishing her food reviews on Trip Advisor.

Ashley’s childhood in Milledgeville as a GMC Prep student impacted her future in more ways than one. As Milledgeville’s Junior Miss of 2007, Ashley traveled around representing the area around Georgia. This scholarship program added to her academic scholarship of receiving the Georgia HOPE Scholarship during all 4 years of her undergraduate studies. Ashley was on the competitive and the football cheerleading squads, ran track, and was on the honor council in high school. She laughed about running every event Coach Barfield signed her up for and enjoying the challenge of multiple sports practices at GMC. Ashley credits her 8th grade science teacher, Mrs. Barr, for bringing out a passion in her for science and for showing how science has a practical use and place in her everyday life. Mrs. Mason’s Anatomy and Physiology class was tough for Ashley, but by the end of the class, she loved learning about the body and studying under her. Mrs. Shannon Davis also influenced Ashley’s love for writing. Mrs. Davis pulled Ashley’s writing interest and talent out of her with various writing exercises. 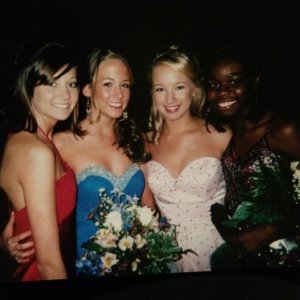 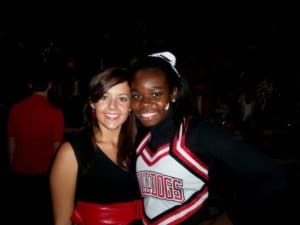 “The tag line ‘Start Here, Go Anywhere’ from GMC is so true! The school prepared me in so many areas of my life, not just academically, but with my physical discipline too. The physical demands of PT and having Sergeant Rutledge say ‘Monday, fun day, run day’ still rings loudly in my head to this day! I’m still running miles every week because of those disciplines. I was given many responsibilities at GMC. It was hard there, and my time as a student molded me into a hustler, both as a student and as a professional. I didn’t have the normal college experience – I wanted to graduate on time, and I was working three jobs. I knew in college that GMC prepared me more than some of my peers. I was ready and was already a working professional while a student. Those three teachers were instrumental in my education and in my career,” Ashley said. 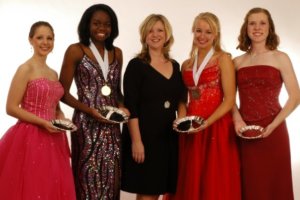 To learn more about Ashley and to follow along in her life and career, check out the following platforms: